Our Gift to You

Bring a $5 donation for the food bank to your appointment and get:

Bring a $5 donation for the food bank and get:

(use toward any treatment plan at Grand Smile Dental)

One of my patients came to me complaining about bleeding gums, bad breath, and a loss of taste in food.

I found that bacteria in his mouth was causing the bleeding of the gums, and as it gets carried through the bloodstream to the rest of the body, it affects all organs and arteries.

After his treatment, he said that food finally tasted as good as it used to, his breath was no longer foul, and he felt so much better without the bleeding and pain.

His story is one of the many similar stories shared with me by patients.

When bacteria in the mouth starts going into the organs and arteries, the damages it cause to one’s body is often undetected until it is too late!

THE DANGERS OF GUM DISEASE GO BEYOND THE MOUTH, AFFECTING OVERALL HEALTH
People with gum disease (also known as periodontal disease) have two to three times the risk of having a heart attack, stroke, or other serious cardiovascular event. Gum disease has been linked to the following health problems:

White, sparkling teeth are not the only sign of a healthy mouth. Your gums act as a barrier that helps prevent inflammation that may damage your body.

SIGNS OF GUM DISEASE:
Any of these signs can be a clue that you have periodontal disease: 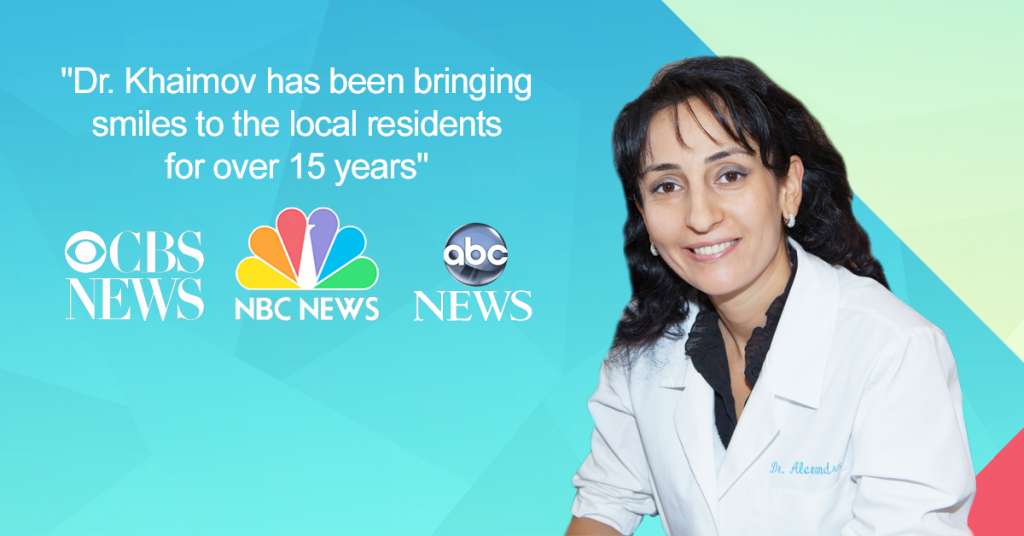 Why are we helping our local food bank?
Due to economic challenges, there are more people unable to feed their families and children.

Thus, we want to contribute as much as we can, to support the community effort in caring for hungry families.

Dr. Khaimov and team have put together a program to support the community effort in caring for those who need it while giving dental certificates to patients that want to help too.

We can all help together!

OUR GIFT TO YOU

Bring $5 for the food bank to your appointment and get:

Sign up to get your
FREE Full mouth health check

As we have only a limited amount of time to see all new patients, we ask that you carefully choose 2 appointment days that are best for you, and our staff will call you for the best availability. 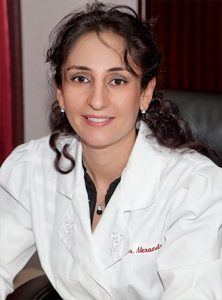 Dr. Alexandra Khaimov in conjunction with General and Cosmetic Dentistry performs many specialty aspects of her profession as well, including Veneers, Invisalign, Endodontics, Implants, Periodontics and Restorative dentistry. Her office is designed with the latest in modern dental equipment to provide a pleasant and relaxed environment for her patients. Patients love Dr. Alexandra’s gentle touch and friendly demeanor and the way she puts care first in providing her dental services for the whole family.

Dr. Khaimov truly believes that dentistry is an art that can greatly improve a patient’s smile and make people feel good about themselves. Dr. Alexandra Khaimov is experienced in treating the unique dental needs of children, and can help to allay their fears of a first visit to the dentist. Whether a toddler or older child, our dental services protect your child from early tooth decay. Dr. Khaimov provides the care necessary to ensure your child enters adulthood with a strong, healthy mouth. Her goal is to help your child develop good dental habits and enjoy overall dental health.